Fellow museum lovers all over the world, I feel your pain! For as long as I can remember, I have lived with this curiosity: what lies behind those closed museum doors? And I kind of made it my purpose in life to open as many as I can and to bask in the mysteries I find there. After all, it is our basic need to pursue knowledge and seek beauty, don’t you think? So I’m starting a new blog series here on danasboots.com – Museum Freak. Step in my boots and let’s discover together some of the most interesting museums in the world. First off the list: Pergamon Museum in Berlin, Germany! 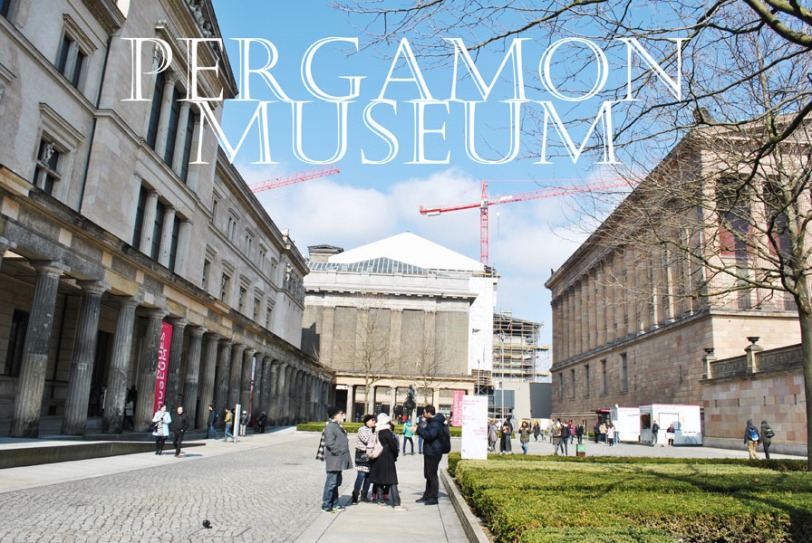 The Pergamon is located in the centre of Berlin, on the famous Museum Island (Museumsinsel) on the Spree River. The northern part of the island is occupied by some of the world’s most famous museum: Altes Museum (The Old Museum), Neues Museum (The New Museum), Alte Nationalgalerie (The Old National Gallery), Bode Museum and Pergamon Museum. In 1999, the museum complex was added to the UNESCO list of World Heritage Sites. The Pergamon is the most visited of all these Berlin State Museums and in Germany as a whole. It is famous throughout the world due to the three collections is houses: the Antikensammlung (Collection of Classical Antiquities), the Vorderasiatisches Museum (Museum of the Ancient Near East) and the Museum für Islamische Kunst (Museum of Islamic Art).

If you ask me, it is solely on the shoulders of the impressive reconstructions of massive archaeological structures where the fame of the Pergamon lies. The Pergamon Altar, the Market Gate of Miletus or the Ishtar Gate with the Processional Way from Babylon were, until now, things I’ve only seen in the history books and always wanted to face. However, if you plan to visit the museum, take into consideration that the hall that contains its main attraction, the Pergamon Altar, and other artifacts will be inaccessible to the public due to renovations.

The Antikensammlung (Collection of Classical Antiquities)

If you’re into Greek and Roman art, you will have a culturgasm while visiting the Antikensammlung! The extraordinary exhibition in the Pergamon features architectural superstructures from Greek and Roman antiquity. The main attraction is the Pergamon Altar, but, as it was closed, I had to settle for the second best: the Market Gate of Miletus. Dating from around 100 AD, it is a marvellous example of Roman architecture. 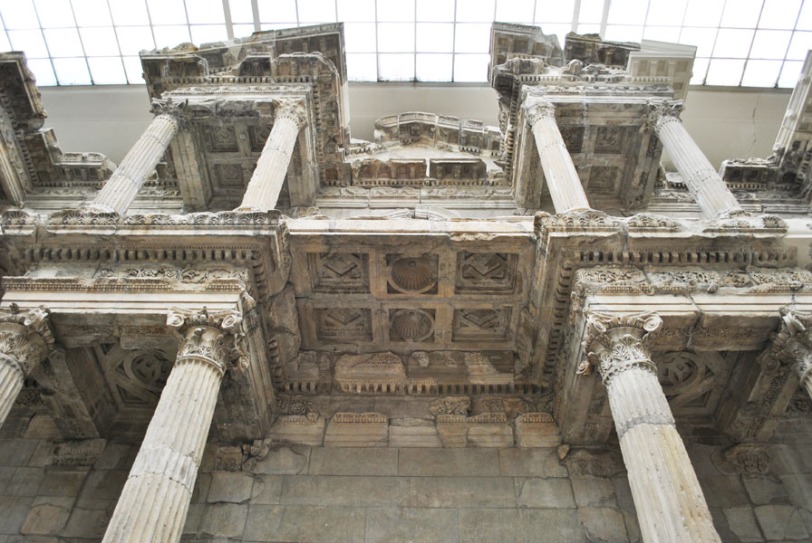 Market Gate of Miletus – seen from below 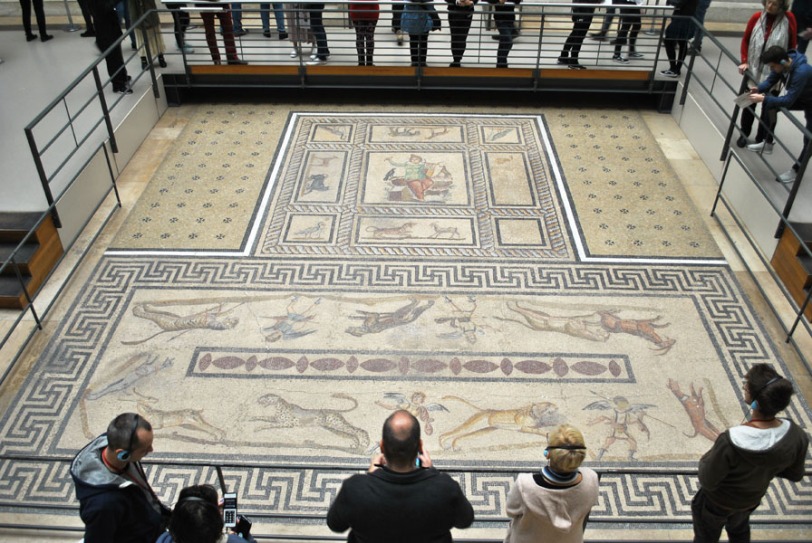 The Vorderasiatisches Museum (Museum of the Ancient Near East)

The approximately 270.000 artifacts in this collection come from a 6000-year span of cultural history from Mesopotamia, Syria and Anatolia. Prepare yourself to be blown away by the colourful Ishtar Gate and Processional Way of Babylon, dating from the time of Nebuchadnezzar II (6th century BC). The gate was constructed using glazed brick with alternating rows of bas-relief dragons, aurochs and lions, symbolizing three gods (Marduk, Adad and Ishtar). The gate was considered one of the original Seven Wonders of the World (but was replaced by the Lighthouse of Alexandria). I’ll never admit it, but I was so overwhelmed by this construction that I may have had my mouth hanging open a bit when I first saw it. 😛 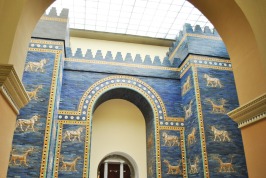 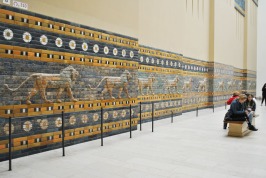 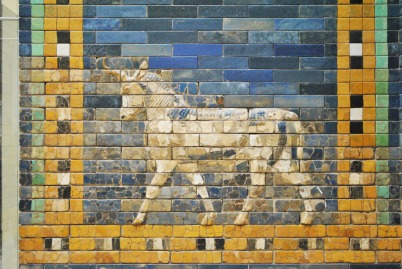 No less impressive are the reproductions of an Assyrian palace chamber, guarded by the protective lumasi (plural for lamassu – the Assyrian protective deity depicted as having a human’s head, a body of a bull or a lion, and bird’s wings) or those from the temple of the God of Ashur! 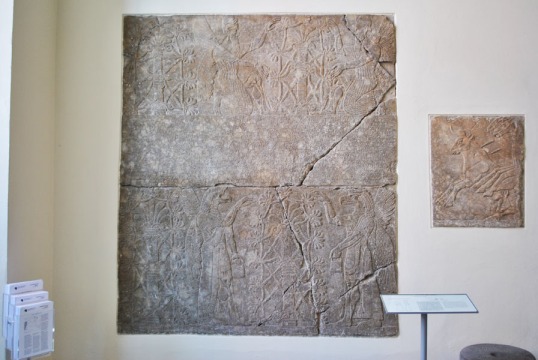 Reconstruction of a room in an Assyrian palace – Pergamon Museum, Berlin 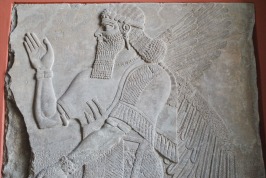 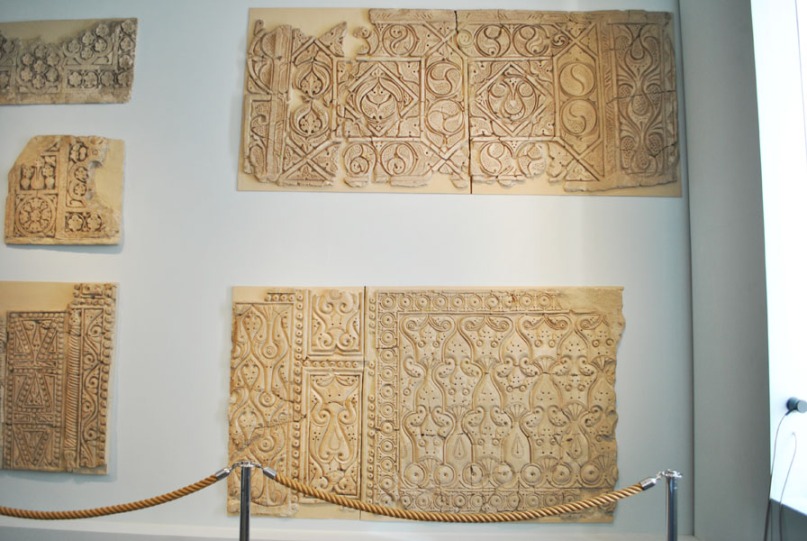 Reproductions from an Assyrian palace chamber

More modern, but not less impressive, is the Islamic art collection which exhibits masterpieces of the decorative arts and archaeological artifacts from the 7th to the 19th century. My highlights: 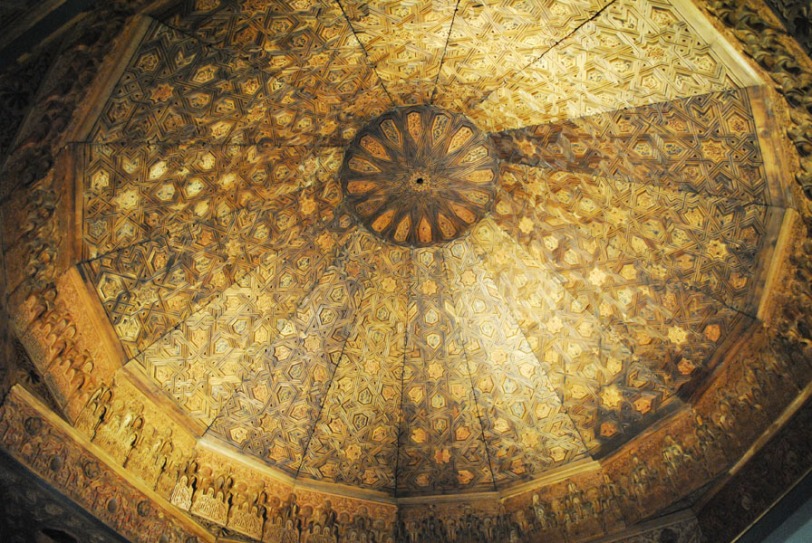 View of the niche from a Samaritan house in Damascus – Pergamon Museum, Berlin 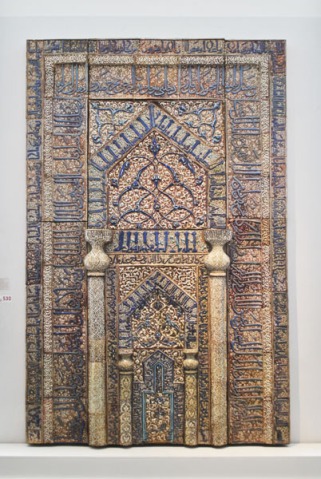 Niche from a Samaritan house in Damascus – Pergamon Museum, Berlin

5 thoughts on “Museum Freak I – Pergamon Museum in Berlin, Germany”