A Passion for Stairs (Part II)

After a long break since the first part of this series, I’ve decided to continue showing you how my passion for stairs has made them the main characters in many of my travel photos from around Europe. With no further ado, I give you:

1. Cordonata Capitolina in Rome unites Piazza d’Aracoeli to Piazza del Campidoglio. It is actually the monumental ramped staircase leading to the Capitoline Hill and the surrounding palazzi, and it’s famous for being designed by Michelangelo Buonarroti. Due to the width of the stairs, it allows visitors to gradually ascend the hill in slo-mo, which makes it not tiring at all. At the base of the Cordonata there are two black statues of Egyptian lions, while at the top we can admire the statues of Castor and Pollux.

2. Kamondo Stairs in Istanbul is a gorgeous curvy Neo-Baroque and Art Nouveau staircase in Karaköy neighbourhood (Beyoğlu district). It was built in the late 19th century by a family of Jewish bankers, the Camondos, and was made popular by French photographer Henri Cartier-Bresson in 1964. Currently it’s one of the most popular routes towards Galata Tower.

3. Stairs to the Basilica of Sacré-Cœur in Paris. A quite challenging flight of stairs (around 300), but a very rewarding sight once you’ve reached the top! 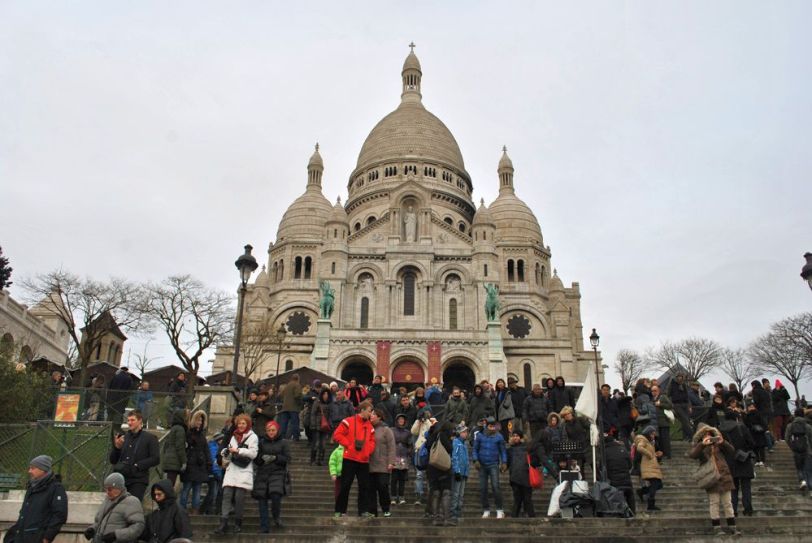 4. Spiral stairs inside the Clock Tower in Sighișoara. Spiral stairs are my thing, so I couldn’t say NO to this lovely hike in the 64m-tall medieval tower, now housing a history museum.

Spiral stairs inside the Clock Tower in Sighisoara

5. Stairs to the ruins of Bar Old Town in Montenegro. Lovely promenade through the ramparts, bastions, towers, citadels, squares and churches of the most important medieval archaeological site in the Balkans. Allegedly dating from the 6th century, the Old Town of Bar is currently on the UNESCO Tentative List. 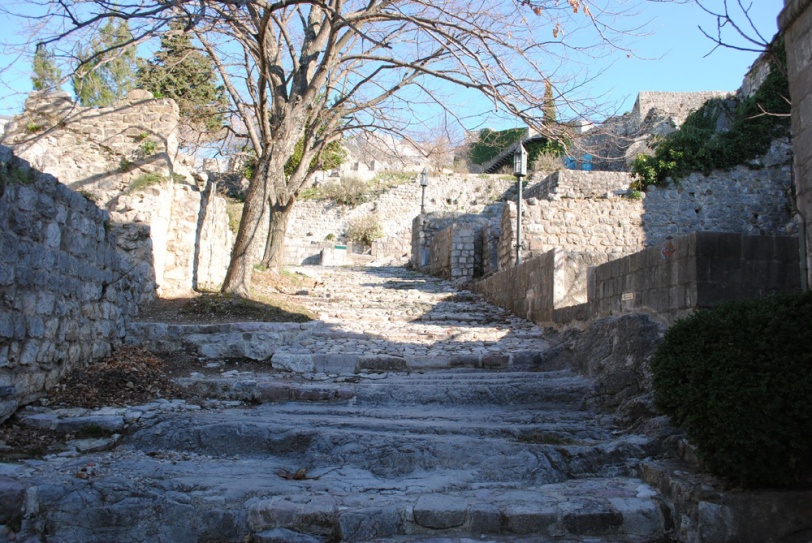 Stairs to the ruins of Bar Old Town in Montenegro

Have you ever been to any of these places? If yes, to which one? If no, which stairs would you like to climb?